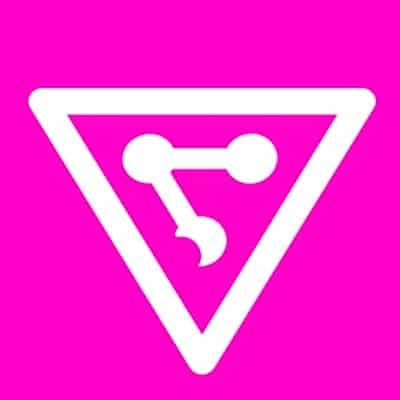 The Bournemouth born and bred musician took time out of his hectic schedule as a producer, composer, business owner of his own production company MOMO and graphic designer, to have a hilarious and rather unconventional chat with BHbeat.com about his career, the Bournemouth Music Scene and his latest venture: ‘The MOMO:TEMPO Electro Pops Orchestra’.

The event this Sunday, ‘Tell and Show with MOMO’, what actually is it?

It’s like a whole festival in an evening. As the show evolves you’ll see more theatre bits thrown in, costumes and things, but it’s a great way to shout about what talent we have down here. I’m very excited because it’s the first time we’ve got the band out in Bournemouth. We’ve got a three part horn section, live drums, me and the laptop and also live percussion and some real talent on stage – not me I hasten to add [laughs] I’m just going to be messing about at the front which is tremendous! It’s all stuff from the album, ‘The Golden Age of Exploration’, very groovy, big noises. A lot of people will sit through the set and they’ll be left reeling and not knowing what just happened. Read more Daily Echo News Bournemouth.

I love getting lost in the tunes, sometimes it’s spoken and sometimes I’m belting it out in a very camp way. It’s a very raw thing and a lot of fun. I love atmosphere and vibes so re-creating that live is always a challenge.

How would you define your music?

Broadly it’s kind of quirky electro pop. Pop because there are bits that you can whistle in the bath but it is definitely from the school of dance music.

So who or what is MOMO:TEMPO?

MOMO:TEMPO is me essentially. It is my music outlet and we expand the name to sound ever so showy and dramatic so the MOMO:TEMPO Electric Sound Orchestra is essentially the band involved. I also do a bit of music for film and TV. We currently have a cooking show in Australia, and it was a chance to do some summery tunes.

Are you from the local area?

I grew up in Bournemouth and studied at the Arts Institute, and then chased my soon-to-be wife up to the Midlands and I had to lie to get onto the course! I knew I would because they asked why I had chosen to go to Leicester Polytechnic. And I had to say something about it being a marvellous subject. In the end I came out with a degree and a better creative head, so it all worked out. After that, I fell into a graphic design job on a gardening magazine. I hadn’t expected to become a magazine designer but it taught me a lot about editorial design.

Where did the love for electro music come from?

I was always exposed to music because my parents were opera singers. They had a whale of a time in the late sixties touring America, so as a kid, music was everywhere. I fell in love with electro as a young teenager and then the light only went on about making music when I was 16 heading off to Art College. It’s been my guiding light creatively ever since. I love groovy music from around the world. I particularly like Middle Eastern music, as well as classical, dance, funk; it’s in my basic wiring.

What’s the next step for MOMO:TEMPO?

What do you think of the Bournemouth music scene?

My suspicion is that there’s a lot of music out there that people just aren’t aware of. We’ve all got to join in with re-educating ourselves. There’s a lot going on out here it’s just not in people’s minds. That’s what I want to do, pull it together and create a bit of mass, its crucial to Bournemouth’s brand as entertainment in this town isn’t just tribute acts, it’s creative. We need to convince people and then they’ll start to expect it.

Would you ever move away from Bournemouth?

We’ve long joked for purely cosmetic reasons that it’s high time we had that job in Paris for a couple of years. I love travel but I love Bournemouth as a place to come home to or look out at the world from. Everywhere from Southampton to Dorchester is sort of my back yard, I see it all as one area and I love it. I love coming to the Grove, and end up in the Ludo Lounge quite often. The Boat House is great, I’m a real fan of Christchurch actually; I like the laid back vibe.

What would be your advice for budding artists?

My advice would be stuff that wouldn’t give you quick success, be creative and be true to yourself. The best thing you can do is be confident and find out what your natural personality and sound is because that’s the only way you will be noticed.

‘Tell and Show with MOMO’, a celebration of art, music, fashion, poetry and film, will take place this Sunday 12th June at the Champions live music venue, Bournemouth. The line-up includes Shmoo, Funky Little Choir Company and Adam Dupree, with live art performance by Moon Street and DJ Rupert. Starting at 7pm, this ‘mini festival’ is only £3 entry and promises to be a night of electricity, excitement and expression.