‘All Walks Beyond The Catwalk’, Bhbeat News presents an interview with Caryn Franklin 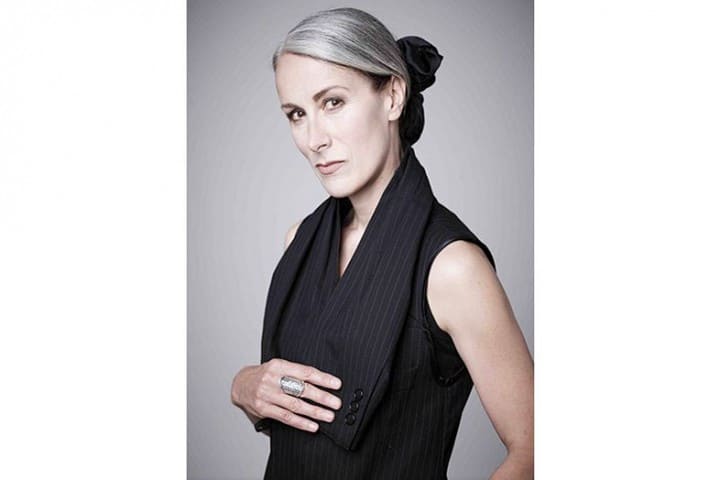 Tomorrow, third-year students from the Arts University College Bournemouth will be celebrating their graduation at the historic Wimborne Minster. Alongside the graduates collecting their degrees, four creative professionals will receive Honorary Fellowships for their contributions to their respective industries, including British fashion expert Caryn Franklin.

An original presenter of renowned TV show, ‘The Clothes Show’, and former co-editor of international style bible i-D Magazine, Caryn spoke to Fashion Studies students at AUCB about her latest initiative, ‘All Walks Beyond the Catwalk’.

The project encourages diversity within the fashion industry, and the Honorary Fellowship has been awarded to Caryn for her outstanding effort in this campaign over the past two years.

“It’s always a great thing to be recognised and encouraged,” she told BHbeat. “It feels really nice that the college and its students think it has made a difference.”

Influenced by Caryn’s work, one AUCB fashion graduate, Johanna Wulff, designed her collection as part of the All Walks scheme by using older models, as featured at the end-of-year show and Graduate Fashion Week and when she was shortlisted in ITV’s ‘This Morning’ award earlier this month.

“What I think is lovely is that [Johanna] felt liberated by what we were saying,” said Caryn.

“I’ve worked in fashion for thirty years, and I have seen the diversity and the individuality that I thought we had in the ’80s become much less apparent, as identity has become more corporatised,” she told BHbeat.

“A broader range of beauty ideals is actually more supportive, it’s more exciting, and offers a much more inclusive business proposition for anybody going into the market, because when you market your product at just one type of person, you’re missing out on other consumers.”

During her career in the fashion industry, Caryn has been a successful journalist, author, director and producer, and now regularly hosts Graduate Fashion Week as well as ‘Clothes Show Live’ at Birmingham NEC.

Initially, Caryn began as a graphic designer, but has “always been interested in personal identity and the politics of image”.

“As soon as I graduated, I knocked on the door of i-D and there were opportunities to do lots of things rather than just be the graphic designer.”

But although a renowned style guru, fashion isn’t everything that’s of interest to Caryn.

“The list of my hobbies are many and varied. I love any kind of fringe theatre or film. And wider than that, I’m never happier than when I’ve got my Wellingtons on and doing some heavy-duty gardening.”

Looking to the future, Caryn also said, “I’m looking forward to the second half of my life where I grow long plaits and learn all about herbalism!

“I’m looking forward to the second half of my life where I grow long plaits and learn all about herbalism!”

“I also want to learn about bee-keeping; I’d love to have my own hives and produce honey. My excitement is about starting at the bottom and learning something completely different all over again.

“You never stop learning, nor should you ever try. And there gets a point when you reach, say, as I have, thirty years in your own career, where I wish there were sometimes more learning opportunities in my job rather than being in a position where I’m talking about what I’ve learnt and passing it on.”

But as a whole, Caryn has had an impressive life. She commented herself, “I’ve been very lucky. I’ve had lots of exciting opportunities, and I’m sure everybody who engages with the fashion industry from Bournemouth will also.

“But it really is what you make of it. That’s absolutely my best advice – your own enthusiasm and passion for life will be your best asset in your career.”
You might be interested in reading our previous post where the Groovy music maestro Timo Peach is interviewed.