Bournemouth News Today : The Untold history of The Beatles and Bournemouth 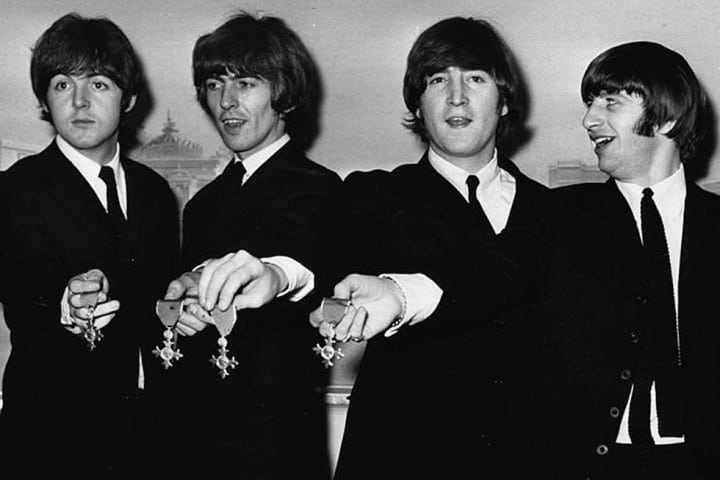 A Bournemouth-based writer has published a book about the Beatles and their connections with the town.

Nick Churchill, whose first musical memory was singing along to the band’s I Wanna Hold Your Hand, worked to compile a collection of memories, images and reports which would form the book named Yeah Yeah Yeah: The Beatles & Bournemouth.

He met with Dave Robinson, owner of Bourne Beat hotel, and the owner of one of the largest collections of music memorabilia on the south coast.

In the collection was an array of unseen photographs of the Beatles, which would become the inspiration and idea behind the book.

The book gives an insight into the life of one of the biggest bands in music history, with stories from the people who were there – the reporters, photographers, musicians, venue staff and of course, the fans.

In the band’s early days, they played a six night summer season residency at the Gaumont Cinema (now the Odeon) and they stayed at the Palace Court hotel in Westover Road, Bournemouth. One of their biggest hits, ‘She Loves You’, was released on the Friday of their residency. Maybe you would like to build a time machine and go back to The Beatles’ top concerts and do all things you weren’t able to do. I might know how to take you back in the ‘60s. Why don’t you create a playlist of your favorite Beatles songs, while playing some classic arcade game? Sounds fun, right? Find the best free games with bonuses on gamedaycamps.com, and may your time travel begin.

Author, Nick Churchill, said: “The Beatles played 18 times in Bournemouth overall between August 1963 and October 1964 which is quite a lot in 15 months.

“They actually played in the Bournemouth Gaumont more times than any other theatre outside of London.”

Contrary to popular belief, the book talks about the band’s first American television appearance which was filmed in Bournemouth Winter Gardens. The report aired on CBS on the morning of Friday, 22ndNovember 22, 1963 – the morning that President John Kennedy was assassinated. Of course by lunch time, Kennedy was dead, and the Beatles were forgotten. You might be interested in reading something more about the latest local news in Bournemouth.

Luckily for the Beatles, the show was re-broadcasted in December of the same year.

The Natula publication also tells the story of John Lennon and his Aunt Mimi. Lennon bought a £25,000 bungalow in Sandbanks for his Aunt who was like a mother to him, so she could escape the hassle of ‘Beatlemanie’ then rife in Liverpool.

Nick concluded: “I am pleased that the story is out there because it’s very much a Bournemouth story. Bournemouth is an area I have written about for 25 years or more so it is something I care about and I just hope everyone shares my passion.”