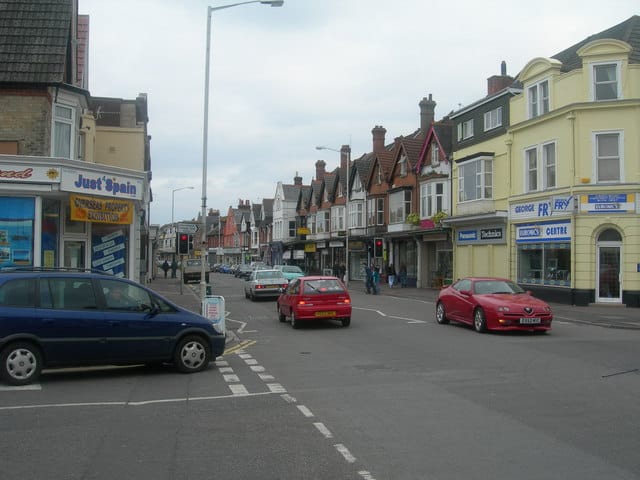 Coinciding with the arrival of the town’s first Christmas tree with lights, vintage shops along Christchurch Road stayed open until 10pm, while the Tattoo Parlour Café near Pokesdown train station, held an independent traders fayre, selling an assortment of crafts and handmade trinkets.

Emma Ekkes, one of the chief organisers of the event, said: “I couldn’t have wished for better. There were lots of smiley and happy faces. I’ve been really impressed by the results [shopkeepers] have had.

“This is definitely something we want to do again.”

Emily Fisher of ‘Fishee Designs’ was one of many shop owners excited by her sales on the evening. She said: “It’s been amazing. Best day ever for me sales-wise.

“We need to do lots more events down here. I’ve never seen so many people in Pokesdown.”

The late night shopping event was Pokesdown’s first big push to promote itself as the ‘retro centre’ or ‘vintage quarter’ of Bournemouth. Its high street is dotted with numerous vintage, antique and second-hand shops.

Sue McKenna, owner of craft business ‘Spandangly’, told BHbeat: “The Pokesdown people have done us proud tonight. The whole event was done on a budget of £90 and extra donations.

“The rest was down to people power, social media, word of mouth and chalk on the pavements.”

Also taking place that evening was the launch of a new Pokesdown store, Kaotichandbag, which sells a mixture of sci-fi and comic book-themed clothing, toys, accessories and homeware.

Debbie Ward, co-owner of the new shop, said: “It was very exciting, but also very nerve-wracking. We had lots of people through in the first hour.”

Nicki Grainger of ‘What Alice Found’ said: “I really like the idea that, as a community, Pokesdown is coming together and offering things to customers, with a real Christmassy feel.”